The Demons will start the season Tuesday at Farmington 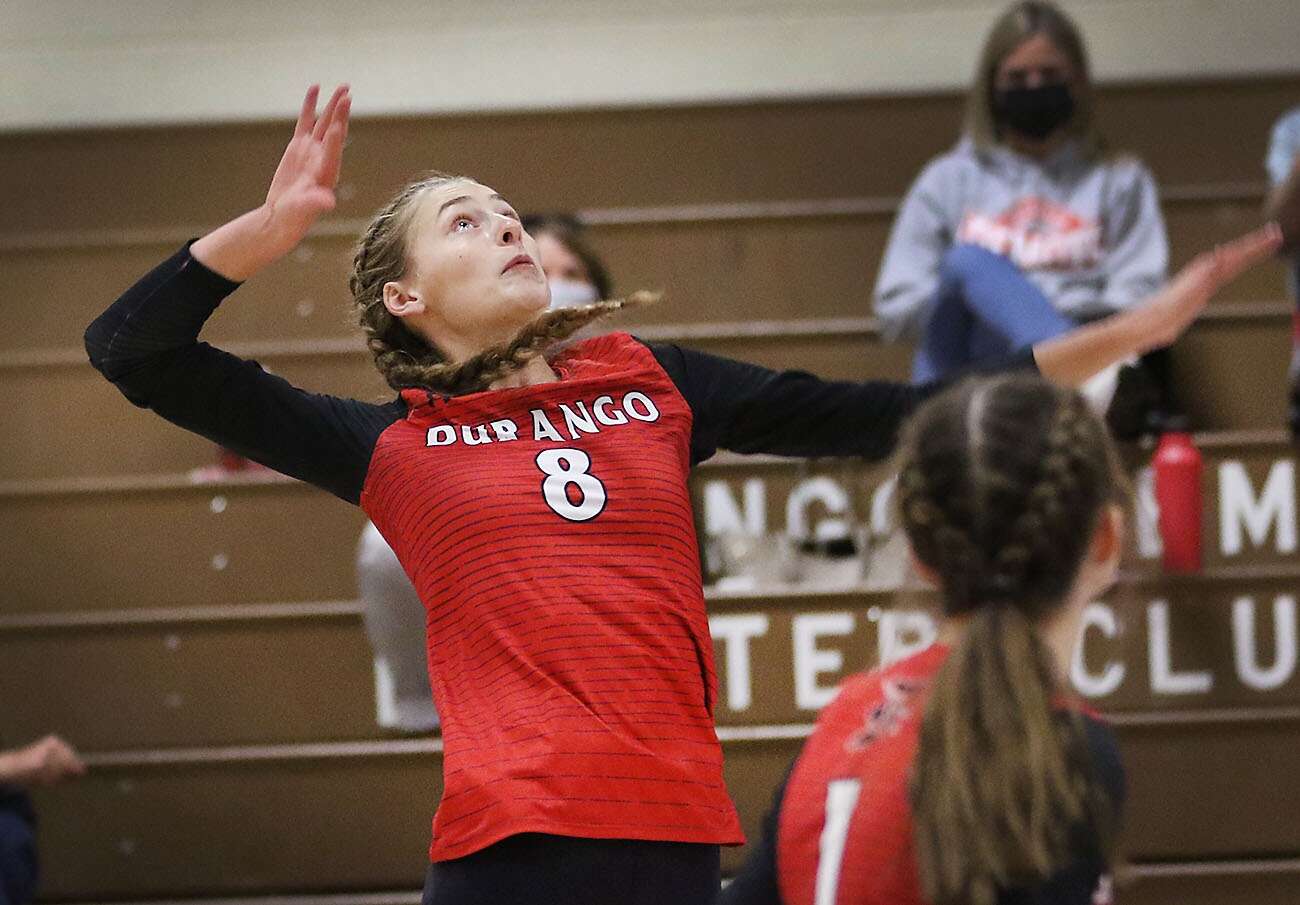 The Durango High School volleyball team was young last year. Without seniors to lead the team, however, the underclassmen have been able to gain plenty of experience on the pitch, and they are back to lead the Demons this season.

“I feel like we’ve become more confident, more consistent and more mature,” DHS head coach Kelley Rifilato said. “Most of the girls have been playing together for several years now.”

The Demons went 10-15 on aggregate last year and 4-4 in the Southwest League 5A/4A but finished strong and, as the No. 25 seed, were able to upset the No. 9 The Classical Academy in regional championships.

The team continued to work in the offseason, training in the school’s auxiliary gymnasium twice a week while work was done in the main gymnasium. The team also got up early in the morning once a week so they could play on the sand volleyball courts in Santa Rita Park without anyone bothering them.

Training on the sand has several benefits, coach Rifilato said. As the pitch is smaller, players need to be able to control the ball and make good decisions.

“It really helped our ball control,” Rifilato said. The sand is also soft on the body, she says, but to jump and move in it players need to be explosive.

The coach said two of the team’s key players this season will be Mason Rowland and Leah Wolf.

Rowland will play and hit for the Demons and returns after a junior year in which she received all-state honors in volleyball (honorable mention), basketball (second team) and soccer (first team).

Wolf was also a big player for DHS last year on the court, serving a team-high 49 aces, and continued to improve in the offseason.

“She’s taken it to the next level,” Rifilato said. “She played club all winter, and it definitely showed.”

Brooklyn Messier, Eva Stewart, Sarah Somrak, Naomi Rowe, Josie Balestri, Emma Burns and Aava Dreger are also back after playing in college last season for DHS. The team has 38 girls, and the coach said she tried to maximize her three rosters.

“We are very athletic,” Rifilato said. “Kids are multi-dimensional and can play multiple positions, which makes it hard for me to decide.”

She said the team had depth in every position this year, and a lot of different weapons.

“We have 10 different guns in college, and they all bring something different to the table,” Rifilato said.

The Demons will play their first game Tuesday in Farmington, visit Bayfield the following Tuesday, and then take part in a season-opening tournament in Glenwood Springs. DHS is expected to face both Glenwood and Mullen in this tournament.

“I think it will be a good test at the start,” Rifilato said.

DHS will then begin SWL league play, and Fruita Monument and Montrose will be two of the teams to beat again this year.

The Demons will wrap up their regular season in a new tournament for them at Dakota Ridge High School, giving them one final tune-up before the playoffs.

“We were excited to go to the Front Range; I think it will be fun to play a different competition,” Rifilato said.

She also said she was thrilled to have her players competing this year after their hard work during the offseason.

“Children work hard,” Rifilato said. “Last year was tough – they were young and inexperienced, but it’s nice to see what a difference one year can make.”